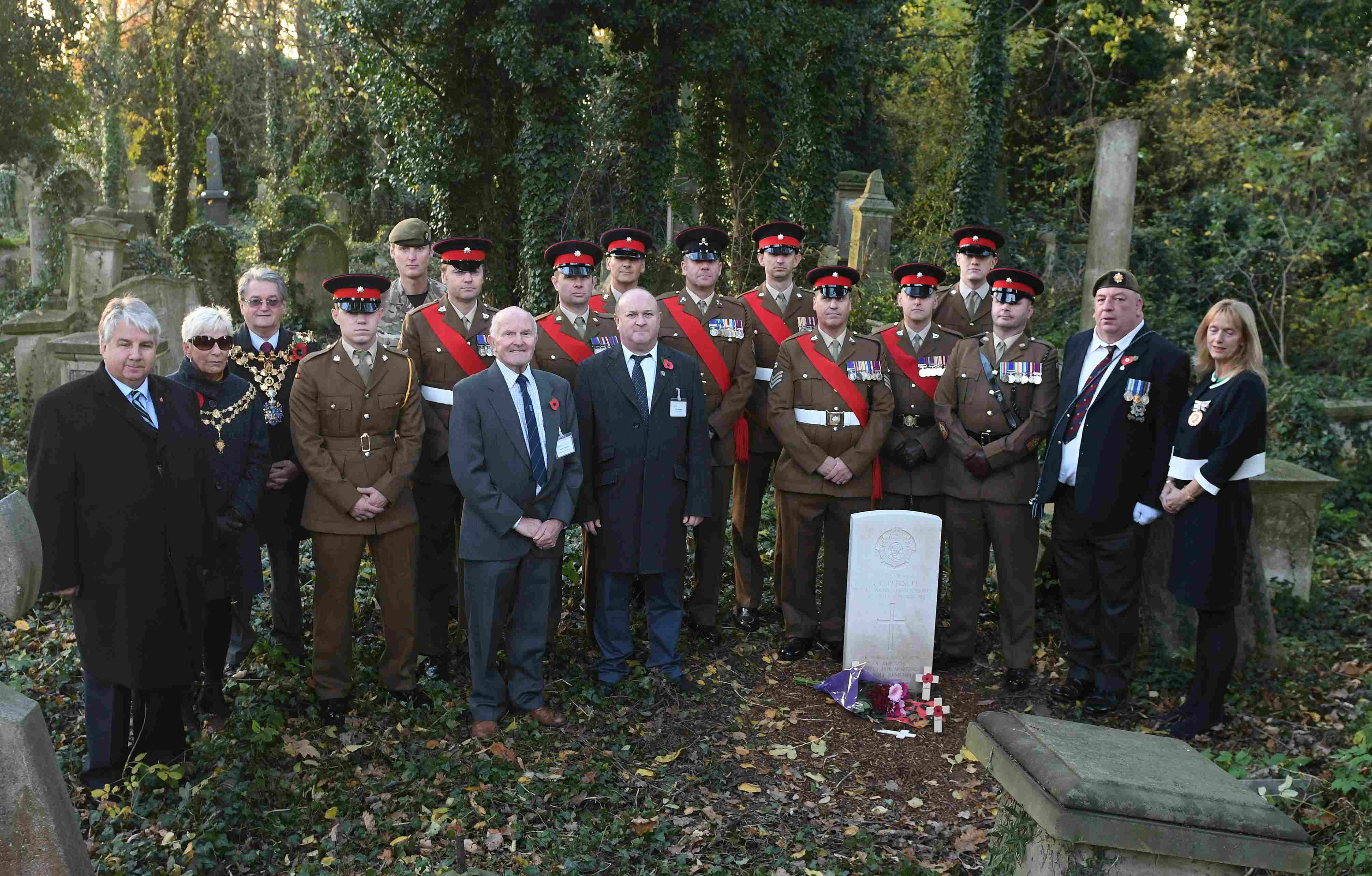 To celebrate the installation by the Commonwealth War Graves Commission of 10 headstones marking the graves of 9 WW1 soldiers and 1 WW2 airman, an event was organised on the 13th November 2018 at the General Cemetery.

The newly completed Chapel restoration allowed the Chapel to host over 60 people for refreshments afterwards.

Altogether about 150 people attended the event including children from Peckover Academy, officers and soldiers from the Royal Anglian Regiment, Cambridgeshire Cadet Force, The Royal British Legion, The 876 Group, Trustees and Members of the Society. Deputy Lieutenants of Cambridgeshire, Mrs Belinda Sutton and Richard Barnwell attended with the Mayor and Mayoress of Wisbech.

After a welcome and introduction in the Chapel, Rev Robin Hine led the group around the Cemetery to each of the 11 graves, where children from Peckover Academy laid poppies.

It was poignant that the event coincided with the centenary of the Armistice that ended the First World War and the sounding of a bugle playing the last post, echoing across the cemetery, added to the atmosphere.