Sprucing up the White Hart Hotel on North Brink, Wisbech 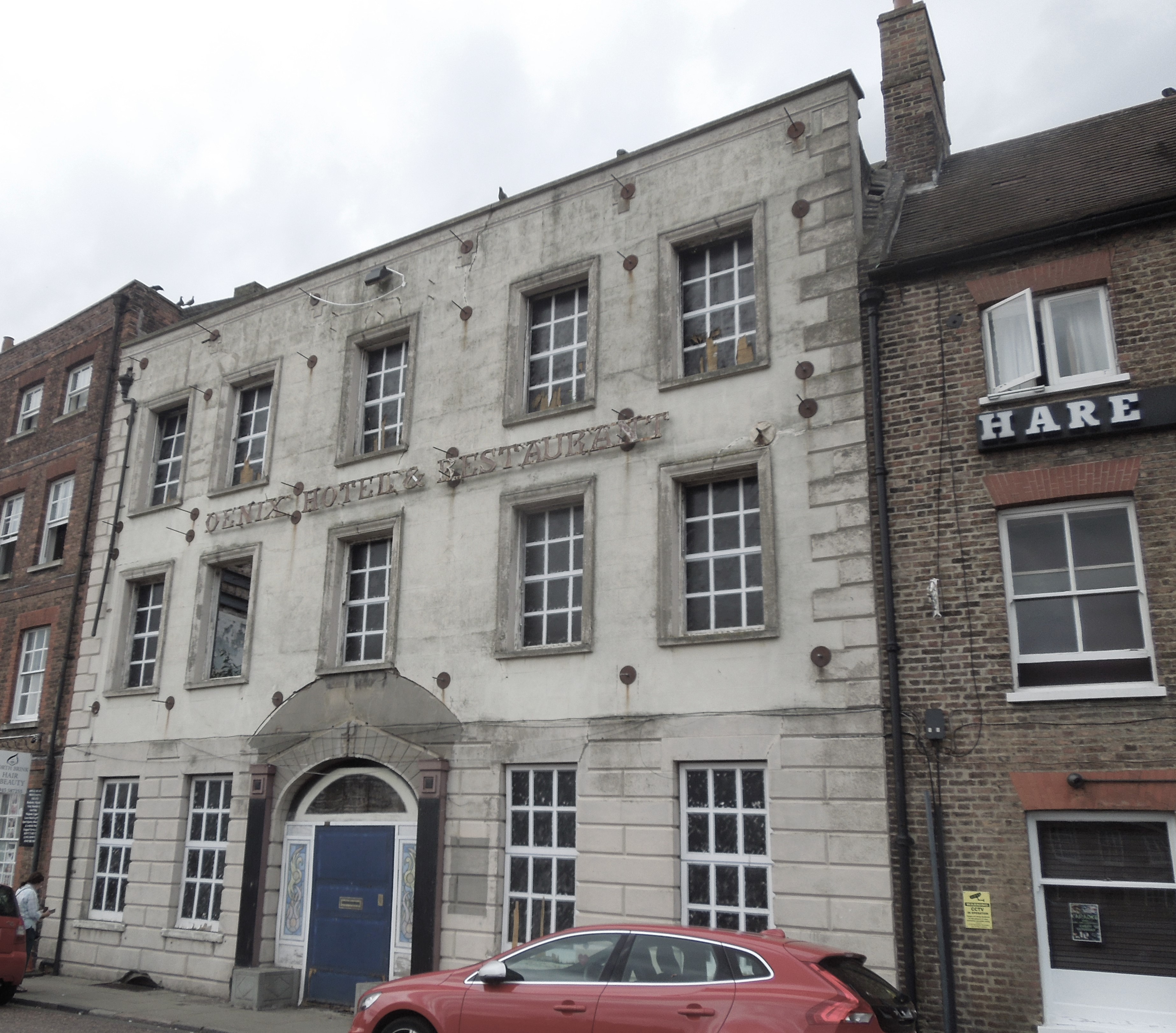 Organised by The Wisbech Society and Preservation Trust, work has begun on a facelift of the facade of the White Hart Hotel, on North Brink, Wisbech. More recently known as the Phoenix Hotel and in use as a Chinese restaurant, the historic building was gutted by a devastating fire in 2010, leaving only the façade. Formerly the Old White Hart Inn, along with the Rose and Crown the building was one of two Wisbech coaching inns from where daily services ran to London.
Indeed, during 1835, the then Princess Victoria, travelling with her mother the Duchess of Kent from Burghley House to Holkham Hall, changed horses at the Old White Hart Inn. The enterprising landlord subsequently had ‘PATRONIZED BY ROYALTY’ painted on the arch over the inn’s coach entrance.
The property’s owner disappeared soon after the 2010 fire and all efforts to trace them have failed. A key part of the nationally important Georgian terrace that comprises North Brink, the façade is supported by a steel structure. False windows and doors were erected to disguise the derelict wall that remained. Unfortunately, these soon fell into disrepair and, more recently, deteriorated to the point where ‘windows’ were falling out, greatly detracting from North Brink’s famous architectural beauty. Wisbech Society, a Civic Trust and Preservation Society, decided the façade needed sprucing up while a long-term solution is sought.
Wisbech Society has obtained a Fenland District Council Changing Views grant to cover almost 50% of the total cost of the facelift, providing the rest from its own funds and entrusting the work to Tawn Decorators of Wisbech. The pavement outside the property will be closed and parking suspended during the work, with Anglian Water working alongside Wisbech Town Council to provide the signage and barriers required by Cambridgeshire County Council Highways Department.