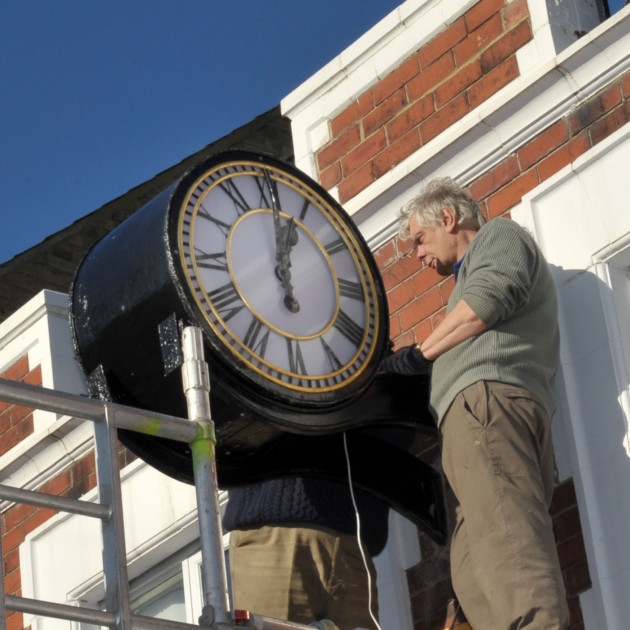 The clock was made by James Dann, and had been mounted on the wall above the old W R Smith shop in Bridge Street since 1864. After the premises were purchased by neighbouring estate agent William H Brown in the summer of 2012, the clock was taken down by the previous owner as it was not included in the sale.

Whilst the building is in a Conservation Area, it is not listed, so Fenland District Council were powerless to intervene.

Its sudden disappearance led to letters being written to the local press, indicating local people's feeling for the significance of the clock and its importance to the heritage of Wisbech.

However, the clock was subsequently put up for sale, and bought by a dealer from Bonham's Sale Room in London. Having discovered its history, he in turn contacted Trustee Richard Barnwell and offered it for sale, and in March 2013 Wisbech Society agreed to purchase it jointly with Wisbech Rotary Club.

The clock is currently being repaired and restored by clock specialist Ken Armitage, and the plan is to return the clock to its original position.