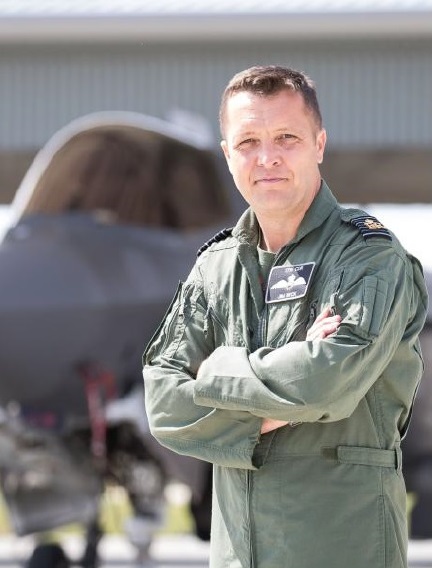 Wisbech Society is pleased to announce that on MONDAY 10 May (postponed from 12th April as Gp Capt Beck was called away on operational duties), at 7.30pm,it is holding the third in a series of Zoom events.

Zoom will never recreate the atmosphere of a speaker in the room, but the trustees have decided to make the most of the opportunity it provides for introducing guests and formats that might otherwise have been impossible. Group Captain Jim Beck, will be in conversation with trustee Paul Eden.

Previously a frontline Tornado pilot, Group Captain Beck now flies the F-35 Lightning, the RAF’s latest combat aircraft, from RAF Marham, where the fifth-generation stealth jet is based. The Group Captain will speak about his job leading one of the UK’s most important defence establishments, the role of the station and its personnel in the local community and, of course, the F-35. So sign up now - https://forms.gle/61SQpxLWF8aSNiei8 (type into your browser or click on link) Or you can watch the live stream on our Facebook page.

EVENTS WILL BE VIA ZOOM WEBINAR. You do not need to have a microphone or camera to watch. Once signed up, a link will be sent to you with instructions to join.